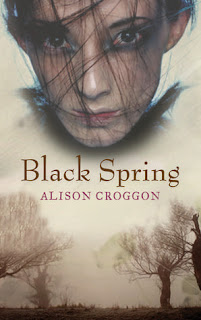 
The village of Elbasa is situated on the Northern Plateau at the foot of the Black Mountains in a locale known as the Land of Death. Here, wizards, assisted by their mutes – young boys with their tongues cut out – enforce the Lore with fearsome rigor, and kings amass riches from the collection of the Blood Tax. The threat of vendetta hangs over the inhabitants like a pall of obliteration; it may strike at any time and worm its slow, deadly way through a whole village, leaving a trail of tombstones and poverty in its wake. It is into this harshest of landscapes and community that the pretentious poet Hammel wends his way to be rid of ‘the endless jostling for status among the petty literati’ of the southern city and to recover his health after an affair. On the first day he blunders into the domicile of Damek, one of the hapless inhabitants of Elbasa. When he is forced to spend the night there and sees an apparition of Lina – the deceased love of the crazed and broken-hearted Damek, it is Anna, Hammel’s housekeeper and Lina’s childhood milk-sister, who narrates to him the tragic story of their lives.


Justice is the leitmotif that sits at the heart of Alison Croggon’s new gothic fantasy novel, heavily inspired by Emily Bronte’s Wuthering Heights (closely paralleling it’s plot). Set in a barbarous patriarchal society where women are regarded as little more than possessions, and witches are murdered at birth, the reader is positioned to be continually affronted by the oppression, violation and dismissal of the womenfolk in the story. In a poignant moment of self-reflection, Anna, the narrator, acknowledges her anger about the injustices meted out to Lina because of her sex: ‘Lina’s only crime was to be born a woman, with powers and instincts that were thought proper to belong only to a man … [w]hy should any of us be deemed monstrous for heeding the simple bidding of our hearts?’
Croggon’s adroit slant on psychology is one of the story’s strengths. Lina, confiding to Anna, laments the way the two men in her life have manifested their love for her: ‘…both of them betray me … [they] destroy me …Do you think they just love a phantom, whatever they saw when they looked at me, and forgot to love me? I wonder that, Anna, and it makes me feel so lonely …’


The characters in Black Spring are predominantly brought to the page by Anna in her journal-like narration to Hammel. The book includes one small section devoted to Lina’s diary. Damek’s character, constructed largely by Anna and Lina, with dialogue scattered sparely throughout the text, comes across in the book as mysterious and ghosted.


Black Spring is a compelling read, dark, tragic and embedded with ideology that will provoke a response in its target audience. Haunting, arresting and well-crafted; it is easy to see Croggon is a poet.
Walker books 2012

Posted by Carole Poustie at 12:42 AM No comments: 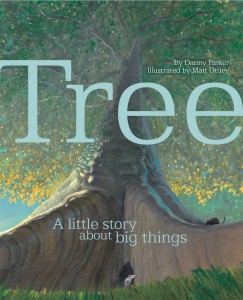 A seed sprouts between the great exposed roots of another much larger tree, and over time, grows into a sapling. Under the expansive canopy of the older tree, the little tree is protected from the elements until one fateful night when ‘the sky battered the earth’. In aftermath and the light of day, ‘Tree was dazzled. And drenched. And shaken to his roots.’ Tree’s protection has disappeared: the storm has decimated the forest and the big tree has fallen victim to the ferocity of the tempest. So from now on tree must stand alone … Until years later a seed sprouts at tree’s side and a tiny sapling begins to grow as the cycle begins again.

Inspired by the death of Parker’s father just before his son was born, Tree is the story of the cycle of life. On one level the story is achingly simple: birth, growth and death. At another level the text and illustrations work together to create a deeper subtext that delves into existence, loss, seasonal change, protection, journey, generation and the many other related themes depicted in rings of word clusters on the back cover of the book. Parker’s use of personification, highlighting the notion of tree as a character in the story, increases the accessibility of the text to the young child.

Matt Ottley’s illustrations bring yet another level of meaning to the story. His use of perspective and focalisation situates the young reader to see the world from the small tree’s vantage point – sometimes in the form of a close up of the small creatures that inhabit the tree and its mountainous exposed roots, or a wide shot looking up from the base into the expansive, protective canopy overhead. Ottley’s use of colour works with the text to foreshadow events and to add depth to the mood and tone of the book as it moves through the storyline. The symbolism of the family who visit the tree at different times in their lives and in different configurations adds poignancy to the story, as does the depiction of the graveyard at the foot of the tree towards the end of the book.

Tree is a gentle book that could work on a number of levels with a young child. The reading experience would certainly be enhanced by discussion with an adult about the story’s subtextual significances.
Little Hare 2012

Posted by Carole Poustie at 12:29 AM No comments: 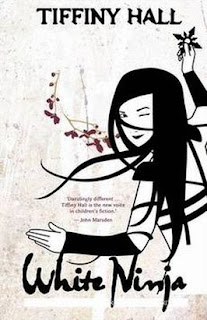 School isn’t the easiest of places for thirteen-year-old Roxy Ran; regarded as a social misfit by her peers, she and her only friend, Cinnamon, are sneered and laughed at and constantly bullied – especially by Heroshi (Hero), national martial arts champion and captain of the school team. It’s not much better at home, where Elecktra, Roxy’s sixteen-year-old sister, bullies her as well. It’s no surprise that Elecktra – so stunningly beautiful that the traffic stops for her if she walks out in front of it – ignores Roxy at school and pretends she’s not related. Roxy has never met her father and doesn’t know anything about him. Her Japanese mum is a martial artist – a great shadow warrior – who can ‘slice the wings off a mosquito with a ninja star’. Art, Mum’s partner is an artist.

It is not until Hero’s bullying tips Roxy over the edge when he tries to drown Cinnamon’s kitten that Roxy’s ninja powers are unleashed and she displays some disconcerting and mysterious fighting abilities. But new boy, Jackson Axe, recognises Roxy’s powers and teaches her about the world of martial arts, and the White Warrior and legendary Tiger Scrolls which they must find before the samurai do. Roxy ends up in the fight of her life – everything hinges on the courage to believe in herself enough to release her inner ninja in order to defeat her mortal enemy.

This is a book I found warmed up as it went along. Once the story enters the magical realms of samurai and ninja and the reader is positioned to see Roxy come into her own as she comes to terms with her role in the search for the Tiger Scrolls and White Warrior, the book comes alive. As a Taekwondo aficionado and aesthete, Hall’s depictions of martial art conflict is more than convincing and helps to move the story along at a cracking pace. The text invites the reader to enter into the struggle as the ‘new Roxy’ tries to believe in herself and her ninja powers while battling with the ‘old Roxy’s’ destabilising and impeding tactics.

White Ninja delves into the themes of identity, bullying, self-image, loyalty and transformation. The first in a series, its ending leaves the reader hankering to know what happens next.
Angus & Robertson 2012


Posted by Carole Poustie at 12:11 AM No comments: